As people’s health is our priority and gatherings of more than 5000 people are prohibited until September, the international Festival of Pyrotechnic Art competition has been postponed until 2021. Thank you for your understanding and your loyalty. Take care of yourself and your loved ones.

After a break due to the sanitary crisis, the Pyrotechnic art festival comes back in 2021 for six exceptionals evenings in the course of which the Cannes’s bay will be kindled by ephemeral stars, colors and other compositions signed up this year by the greatest French artificers. They will battle over creativity in order to offer us an unique competition around cinematographic topics harmoniously staged and joined with movies soundtracks. The festival, turned into over the year in a very prestigious competition with an international reputation, will present pyro-musical shows surprising the Cannes’s bay.

The fireworks can be watched online (live or recorded).

Vote for the fireworks that have seduced you, moved you and blown you away! 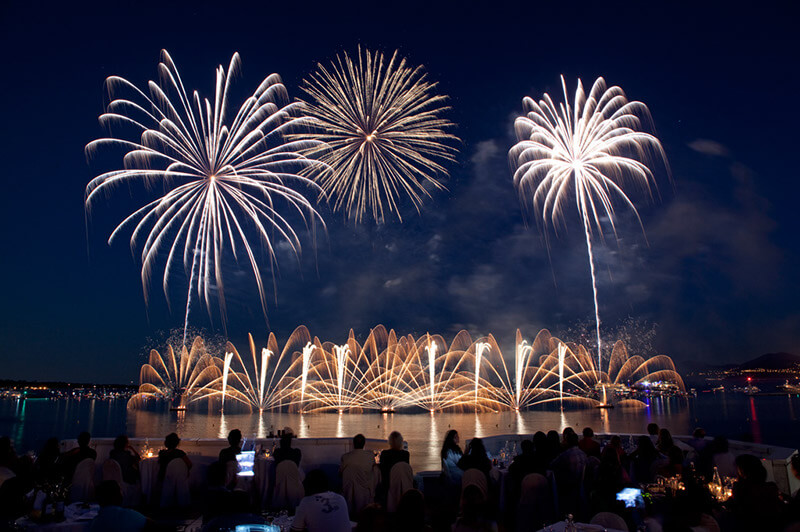 Six evenings during which the Bay of Cannes will embrace a thousand fires, ephemeral coloured stars and other compositions created by the greatest international pyrotechnicians.
A marvel for an ever-increasing audience; every year over 700,000 spectators attend the Cannes Festival of Pyrotechnic Art as a whole.

To take part in awarding the Public Prize, spectators are invited to connect to the website: www.festival-pyrotechnique-cannes.com from 14 July to 18 August 2019, where they can award a mark from 1 to 5 (from passable to very good) for the firework displays taking place on 14, 21, 29 July, 7 and 15 August in the Bay of Cannes.

Online voting is open at the end of each show. The winners will be announced on 24 August.

To reward participants, prizes will be awarded among those voting for the Public Prize (seats to a show).

The winners will be selected by a random draw among the participants. This will be held by the organizer under the control of court officer.

All the firework displays are in competition, except those on 24 August. 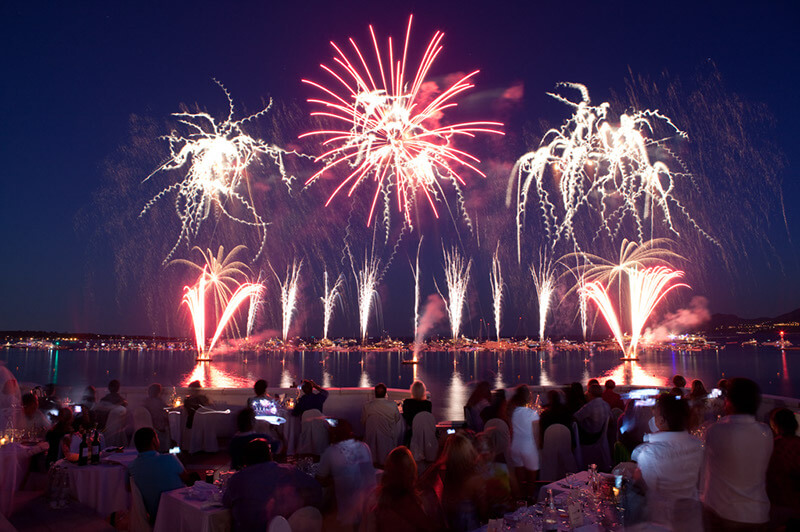 The Cannes Festival of Pyrotechnic Art offers you the opportunity to assist at the fireworks from the Rooftop of the Palais des Festivals and enjoy an unimpeded view over the bay of Cannes away from the crowd.

Lounge ambiance, finger food, muscial ambiance, everything is gathered in order to make your evening unforgettable !

see all our offers